„When the times are good, you should advertise.

When the times are bad, you must advertise “

Not any crisis or its announcement does leave anyone indifferent, and we, marketers, are sensible to it too. How will the brands behave, will the campaigns go on or new ones would be lauched, these are the questions which intrigue the marketing community with the appearance of first heralds of crisis. We are here also to give the best possible advice to our customers in the given circumstances, and we do it by taking many things into consideration. Even if each crisis up till now had different features comparing to others, they all have their rules concerning brand presence with its target group in critical moments. We present you here an insight of recent crisis and ways it has affected brands and companies.

Life goes on, even in times of crisis. People still have to eat, to sleep, to have fun and to communicate with each other. The brands, instead of “feeding” consumer’s general sentiment of confusion and fear, should be the ones to send encouraging messages. It is never clever to use the tactics of intimidation during the crisis – the goal is to maintain as positive emotional experiences as it is possible, in order to keep the nicest possible feelings towards the brand in the heads (and hearts) of the consumers. For instance, this means that while it is fine to use the term “limited offer” in “normal” times, in times of crisis it could only intimidate the customer and provoke stress and discomfort. It is possible that the sentiment of fear would increase the sales for a moment, but also cause important damage to the brand.

asA 2020 study by Kantar, carried out in 30 countries, has shown that while 8% of consumers thought that companies should stop advertising in times of crisis, almost 77% considered that the advertising should exist in such times, underlining that “they want to hear that the brand is helping people to face their everyday challenges”, and even 75% would like to hear, through advertising how “the brand is confronting this situation”. All of that suggests that consumers do not expect advertising to stop, but they expect the brand to adapt its strategy and contents. The continuation of advertising also shows the consumers the stability and strength of the company in difficult times, which acts upon the positive attitude towards the brand itself.

During the last big crisis we witnessed in 2008, in USA only advertising budgets decreased for 13% – printed media noted the biggest decrease of 27%, radio of 22%, 11% for OOH, 5% for TV and 2% for online advertising. Nevertheless, studies that researched data throughout the whole century suggest that during the crisis (and immediately after it) budgets should not be reduced, but increased. As the popular saying goes “When the times are good, you should advertise. When the times are bad, must advertise”. (Economic) crisis are, in fact, a great opportunity for a brand to increase its sales and to increase its market share. But you don’t have to trust me, you should trust historical data:

1990 – Market Sense study concluded that during the recession, it was the best to balance between brand building and maintenance (important on the long run) and the use of promotions as best tactics important for the sale itself. This study showed that certain brands had a jump of sales between 57% and 70% after the increase of budget during the

We all know how SOV and SOM are closely related, and the studies have shown that SOV maintenance during the recession results with a better position than the competition, even for two years after the end of recession, which means that the companies with such a strategy confront better the consequences of recession.

It is interesting that the brands, instead of using the “silence” of their competition during the recession to be louder, frequently follow the same path and also decrease their budgets (trying to keep themselves above their competition, which is not so hard, if someone has chosen to be “quiet”). You don’t want to lose “share of mind” of your consumers because of the savings, as it would reflect directly on short and even long term on your sales. On the other hand, research shows clearly that the reduction of the “crowd” in media gives, in fact, an ideal moment to place a new product. In less crowded media, it is easier to build a name for a new brand or a new product. And if you don’t trust me or the history, there is a great number of examples which show that some companies were simply clever during the recessions throughout the history. Take as example Reckitt Benckiser, which had, in 2008, in the middle of financial crisis and recession, a campaign targeted to convince the consumers to keep on buying more expensive brands, of better quality, regardless of the economic crisis. By increasing their advertising budget for 25% in the conditions of reduced marketing of their competition, Reckitt Benckiser has, in fact, increased its revenue for 8%, and the profit for 14%, while most of its rivals reported a profit decrease of 10% or more. They considered advertising as an investment, not an expense. In that strategy, they were joined by P&G, which, according to their CEO David Taylor, had a record growth of 4% in 2020.

On the other hand, there is the example of the brand Coca-Cola which “suspended” its advertising during Q2 2020 because of Covid-19 pandemic (budget decrease of 35% at the annual level), considering that “one quarter without advertising will not make a big difference” (James Quincey, CEO), who also wondered “what was the worth of advertising if the money couldn’t be returned”. The answer came quickly through sale data – while Pepsi followed the path of budget increase and had the growth of 5% in 2020, Coca-Cola had a 11% drop of net income.

The influence of such decisions on whole decade is shown in the example of Kellogg’s cereals which doubled their budget during the Great depression, unlike the brand Post which was the leader in that category. Kellogg’s not only doubled their budget, but also used less congested media channels to place a new product. The company had 30% growth, became the leader of the category and remained there for several following decades.

And the category of your business is not relevant  – in 1973, Toyota, after being proclaimed the second most efficient vehicle during the energy crisis in America, had a strong jump of sales, which tainted them to reduce their budgets. Luckily, they haven’t done that and in 3 years they became the market leader in America. In 1990, Pizza Hut and Taco Bell took the advantage of Mc Donald’s budget decrease and had sales jump of 61% for Pizza Hut and 40% for Taco Bell, while Mc Donald’s had a drop of 28%.

Amazon also shows that crisis and recessions are the right time to innovate, as it launched, in 2008, the bigger development of Kindle products in order to provide to customers the value for lesser price in the moment of crisis. The result of it was visible at Christmas 2009, when, for the first time ever, the number of bought Kindle publications exceeded the number of hard copy and paperback books and Amazon had 28% growth in that same year.

Even if every advertiser’s first instinct in times of crisis is to reduce his budget, the message is clear – budget reduction is not the strategy that you wish to use. You wish to think about your approach, message and tactics. Depending of the category of your product, it is maybe a good plan to provide your consumers good offers, discounts, coupons. For some brands and categories, the focus will not be on the price, but on communicating why in “hard” times it is also important to get the quality for your money. For others, the most valuable asset would be to show how the brand helps its consumers in their everyday life and provides the feeling of “normal”. Use the fact that during the crisis consumers pass more time with media than ever, and be patient with your results. Christian Polman, CSO of Ebiquity Company, stated that brands needed three years in average to see the results of their investments.

Advertising in times of crisis and recession is really not easy – it makes you work against your own instincts and standards that you’re used to work by. The attitude of consumers and expectations of the brand are changing. The whole entourage in which we work is changing and becoming instable. But this means only one thing – you should reconsider your message, think about the value that you give to your consumers and invest enough money for this message to reach them. Maybe the best sentence describing the advertising in times of crisis comes from Sam Walton, founder of Walmart. When he was asked for his opinion about the recession, he simply answered:

“I’ve reflected about it and decided not to take part in it”. 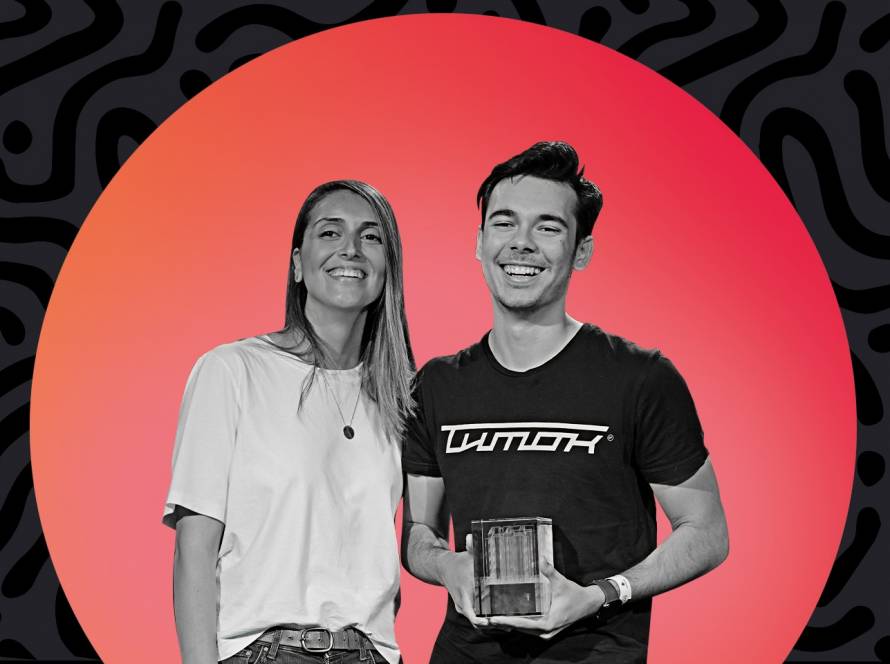 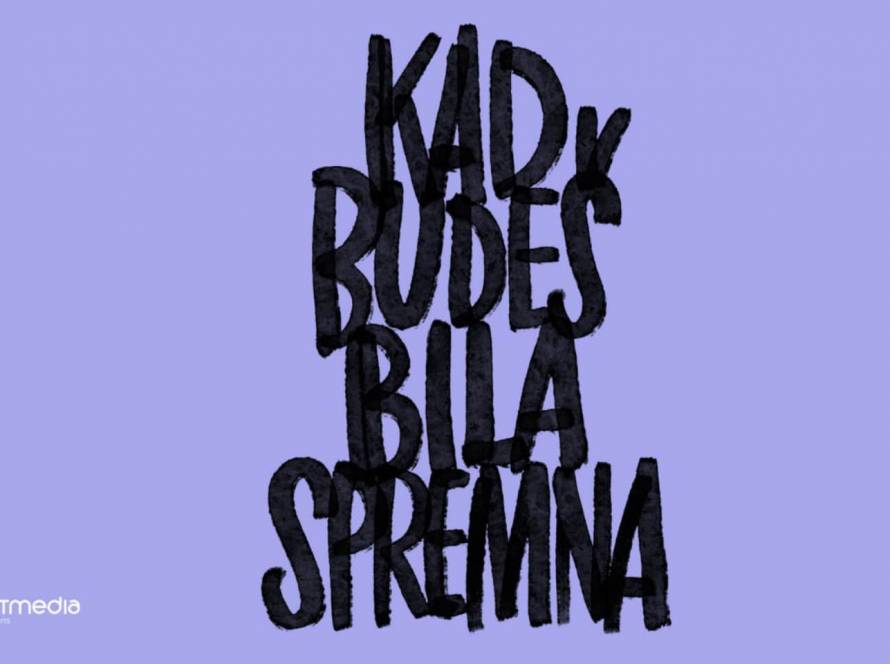 “When you are ready” campaign keeps winning awards